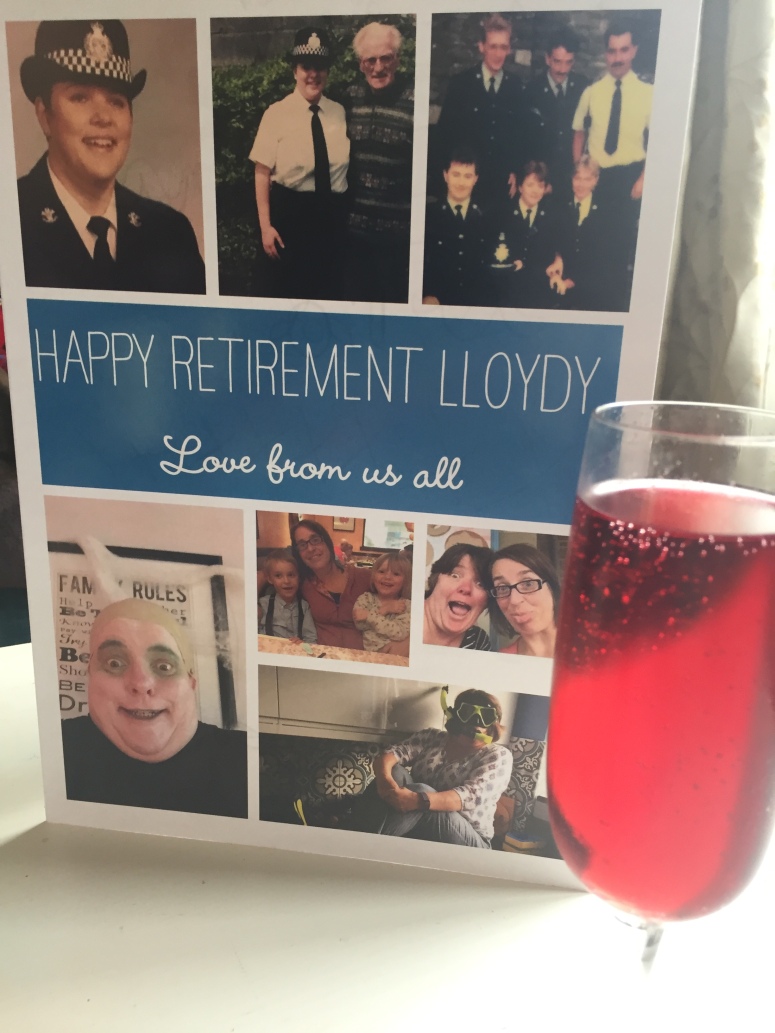 Not a food related rambling today but a celebratory one. I have retired – whoop! But at age 49 I’m not old enough for a bus pass you understand, but have completed 30 years as a Police Officer with South Wales Police and am one of the lucky ones who can retire whilst I am still in my prime!! Due to major changes with the Police pensions – we will be seeing Police Officers hobbling along on their zimmer frames very soon! But I digress.